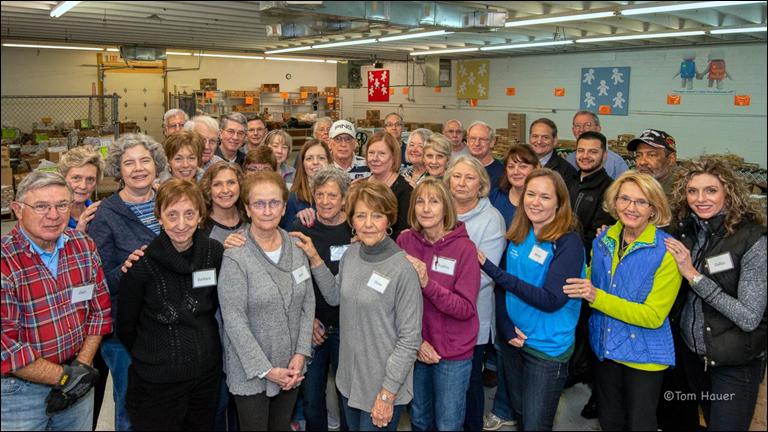 2011 – Founded by Carolyn Niemeyer, former nurse and community advocate, the BackPack Weekend Food Program (BWFP) was intended to serve as a temporary service to help feed students on the weekends during the school year. However, nearly 10 years later, the program is still viable and serves nearly 1,000 students in grades k-12 every school year.

The administrative portion of the program started out of the Niemeyer’s home; their daughter’s bedroom, in fact. Mrs. Niemeyer and her husband, Dr. Charles Niemeyer, hovered over a computer and two twin beds many nights sorting through stacks of paperwork and organizing tickets for food orders. Food items were stored at Holy Trinity Lutheran Church in Gastonia, NC where board member Rev. Brack East serves as Senior Pastor. For 5 years, the BWFP operated out of the church basement with volunteers unloading the food truck, filling food orders and distributing food to partners each month.

The BWFP started with 19 partners and 387 students in elementary schools. The following school year, the program added 5 middle and 2 high schools.

The program continued to grow and eventually out-grew the church basement and the Niemeyer’s home. In 2016, the Board of Directors determined it was time for the program to get its own office space and warehouse.

In 2015, Dining at the Chef’s Table, the program’s largest fundraiser, was created. Since this time, the event has collectively raised about $315,500 that has gone directly to support the program and feed students on the weekend in Gaston County.